Forum for the discussion of all International Rugby

They'll do anything for bread.
Top

It’s jam they want; not bread.

I thought my tagline would be wasted on anyone over 40, but it appears to be wasted on everyone, or not a good gag. Prolly the latter, where's terenureJim when you need him?
"It was Mrs O'Leary's cow"
Daniel Sullivan
Top

I want to make it with Tew was a hit for Bread you see. So it would have been funny on a few levels. Back on Monday
Top

johng wrote:They'll do anything for bread.

Truly shocking idea. Handy that USA Rugby have the hipster Pichot on their board these days.

6N unchanged with results counting towards the new League. Japan and USA join the Rugby Championship with each side playing each other once. No more summer tours and potentially no more Lions Tours. In summer window Ireland as an example would play 3 of the RC sides and the travel which is involved. In the autumn window, the 3 sides who Ireland didn't play come to Dublin, then after 11 games, the top 4 go into playoffs. Potentially 5 straight tests in November. No promotion/relegation - the Pacific Island sides and Georgia squeezed out (explains why Georgia are interested in joining the Pro 14)
Top

My initial impression that Pichot was a self-serving spoofer (no offense The Spoofer) has been proven correct.

And, as has been pointed out by a number of commentators on PI rugby, it renders his only 'big win' in office meaningless. Whilst increasing the qualification period was initially significant, in that 5 years is more than 3 years - now that a lot of high quality rugby players won't play any meaningful international rugby for virtually their entire careers, five years isn't such a long wait.
I have Bumbleflex
Top

From a few weeks back.

SportsPro:
Six Nations unions hold ‘secret talks’ to pool media rights February 14 2019, Steven Impey
Europe’s rugby fraternity could turn back on World League for combined broadcast deal.
Europe’s six major rugby unions are in advanced talks to pool their broadcast rights to Test matches during their Six Nations and autumn internationals games from 2022, according to a report by the UK newspaper The Daily Telegraph.
The secret discussions could apparently result in a deal resembling the broadcast model used by the Premier League, the top tier of English soccer, to draw more value by selling secondary rights to international markets, though it would effectively end the prospect for a global competition that unifies both hemispheres.
A proposal for a new annual global tournament was tabled by World Rugby during a meeting of rugby’s superpowers in Los Angeles last month, in a bid to even out the revenue share between the sport’s northern and southern hemisphere nations.
Under that proposal the Six Nations and an expanded Rugby Championship, the southern hemisphere equivalent, would act as a qualifier for a deciding tournament that brings together the two regions ahead of semi-final matches and a final pre-Christmas.
The Telegraph report claims that it was agreed during initial talks that independent rights negotiations would be put on hold until after they had all made a decision on World Rugby’s final proposal.
As it stands, media rights to marquee fixtures are sold on an individual basis in Europe, though it has been expressed that there would be more value in consolidated TV rights between the rugby unions in England, Wales, Ireland, Scotland, France, and Italy.
“The chances of making this plan work are much higher because we already have the structures in place,” a Six Nations source was quoted the Telegraph.
“It would not mean agreeing to new competitions and all the issues associated with player welfare and diminishing the value of the World Cup.”
Reviewing the structure of the rugby calendar would not necessarily disrupt the existing Test tournaments, insofar as matches in the Six Nations would be combined with an expanded Rugby Championship including Japan and Fiji.
However, there are apparently concerns among several unions about the welfare of players and the additional travel requirements for fans, with proposed semi-final and grand final matches to be held in November and December at the tournament’s climax.
A deal between the Six Nations unions is unlikely to effect the current broadcast structure, with the Six Nations available of free-to-air television while autumn Test matches as well as women’s, Under-20s and Barbarians matches available via pay-TV broadcasters.

You know I'm going to lose,
And gambling's for fools,
But that's the way I like it baby, I don't want to live FOREVER!
Top

Pacific Islander Players reps calling on their countries to boycott the WC!
You know I'm going to lose,
And gambling's for fools,
But that's the way I like it baby, I don't want to live FOREVER!
Top

The proposal to exclude the PI teams for 12 years from the mooted World League is absolutely shameful and would kill rugby in those countries. In addition to understandable player welfare concerns, this is another reason why I would hope that the IRFU and other Unions would refuse to support the WRB’s money making venture.
Top

Excluding the PI teams is an absolutely extraordinary idea. DC is right about Pichot - but even by the levels of financial greed we've become used to at top-level sport this is indeed shameful.
AKA Peter O'Sullivan
Top

Presumably the Welsh and Scottish unions are already signed up
TBH the NH doesn't need this league and neither do the players.
Tradition may be old fashioned but it seems to be a very powerful viewer draw.
Mirror, Mirror on the Wall who's the greatest player of them all? It is Drico your majesty.
Top

Oldschool wrote:Presumably the Welsh and Scottish unions are already signed up
TBH the NH doesn't need this league and neither do the players.
Tradition may be old fashioned but it seems to be a very powerful viewer draw.

Pichot and Tew are so obviously venal in almost their utterances- they could be the villains in an episode in the (US) TV series Law & Order. This is a Rubicon for the sport, unfortunately I don't see who other than the Pacific Islanders will object and act strongly enough to prevent an amended but equally damaging version of this proposal.

You can always rely on the Scottish and Welsh Unions: they'll always let you down.
"Oh, I used to be disgusted, and now I try to be amused!"
Top

Have you guys seen this? 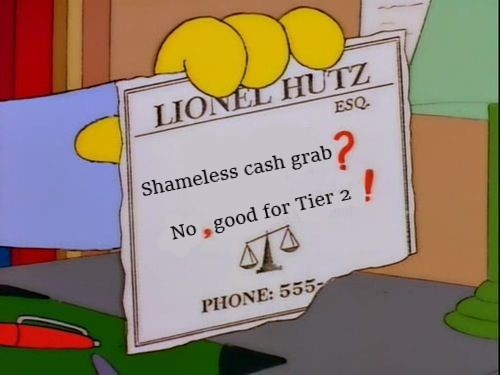