Okay well at number 8 there are contenders for game time in Conan, Doris and Deegan, with Conan also having experience at 6 and Deegan having experience at 6 and 7. The pure 6's are Fardy, Ruddock, Murphy and Baird. The pure 7's are JVDF, Connors, Penny and Moloney. Finally that leaves Leavy whose return from a career threatening injury has been long anticipated, will he retain enough athleticism to play openside or might he transition to focusing on 6, time will tell. Keeping all of these players happy looks very unlikely, how that plays out time will also only tell.. But it looks like Deegan, Conan and Penny will be out of contract this season.. although we all know these contracts mean little if the IRFU interfere. 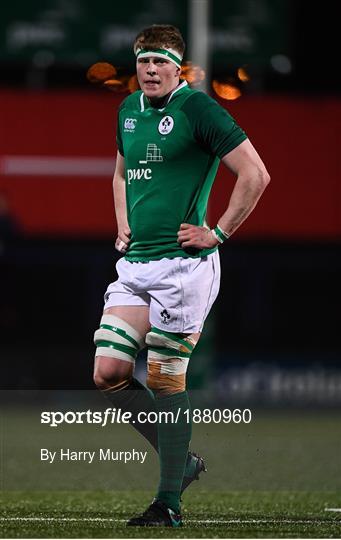 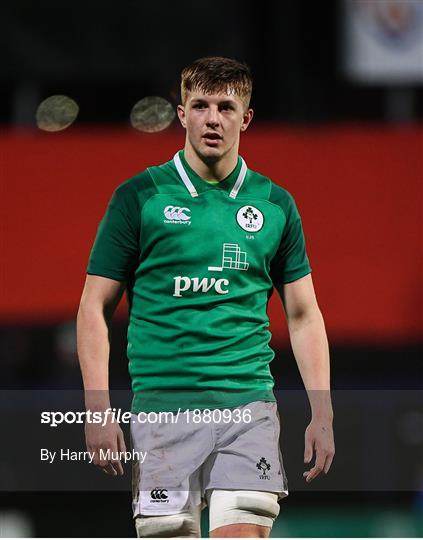 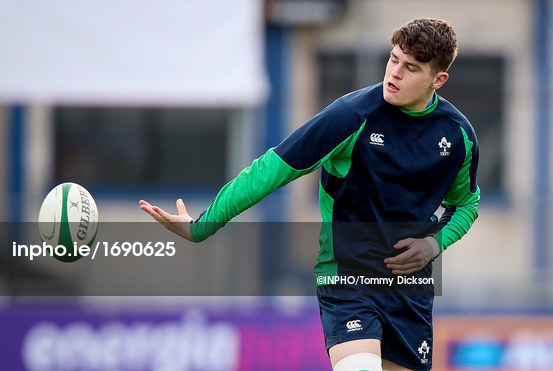 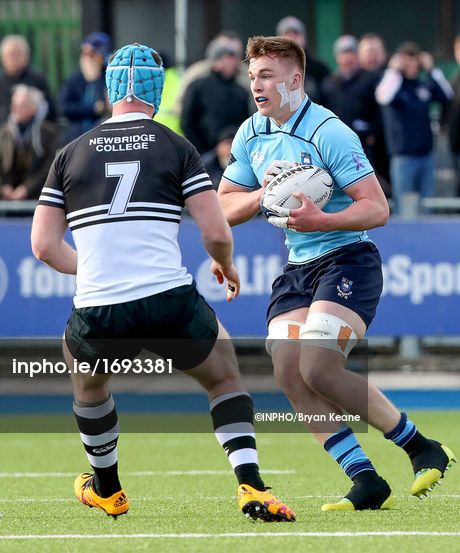 It's rumoured that SOB and Soroka will be joining the academy, SOB was very impressive for the 20's starting at 6 and 7. Soroka started 1 game at 6 and appeared in another off the bench for the 20's as a under-19. Hernan is rumoured to have missed out on an academy place, after starting two games at 7 for the 20's.. wouldn't be a surprise if this was due to his size and he joined the academy late as he hasn't been picked up by another province. Hickey is a standout backrow coming out of schools rugby, he will likely have to prove himself at irish 20's level to get an academy place, the underage number 8 could move to 6 or 7 at U20 and pro level.
Last edited by mildlyinterested on July 1st, 2020, 1:24 pm, edited 1 time in total.
Top

I think Fardy shoud be included in that list, irrespective of whether he is in the 2nd row list. If we were playing Saracens tomorrow, I'd want a 4,5,6 to be Toner, Ryan and Fardy.
Never argue with an idiot. Someone looking on may not be able tell the difference
Top

TrapperChamonix wrote: ↑
July 1st, 2020, 1:21 pm
I think Fardy shoud be included in that list, irrespective of whether he is in the 2nd row list. If we were playing Saracens tomorrow, I'd want a 4,5,6 to be Toner, Ryan and Fardy.

The panel has grown, we have Conan and Leavy who haven’t played this season and it’s not a RWC year.

Putting Baird and Fardy at lock more eases things slightly. It’ll still be hard to see how to keep people happy. Conan and Leavy will want minutes as they ease back to get into Irish and Lions reckoning.

If Fardy and Baird only cover 6 from bench then you'd look at these, given the workload expected from intl rugby.. leinster quickly could be down to a few options

This 3/3/3 split is a rare opportunity where we have all our back rows fit and ready to start. Impressive
Top

Doris becoming an option at 6 sure makes it more interesting..

Him and Conan bring a lot of carrying threat to a side, at least on paper, lets see how it goes this evening..
Top

Thought Doris played well at 6, if not spectacularly. It looks like we are looking for a lineout jumper a 6, off the top of my head there were plenty of (attempted) throws on Doris and Conan and not too many on Baird. I wonder will they look at Conan at 6 too? Rotate with Doris?
Top

Doris at 6 is really interesting, and allows us to get another line breaking carrier into the pack.

For all Rhys' brilliance and power, the one side of his game that he lacks is athleticism imo. Likewise with Josh M.

By the way, did anyone notice Doris picking and going through the middle again the other night. Did it twice in the second half for pretty big gains. It's such a good skill and gets him 1-2 line breaks per game.
Top

Leaving Dan Leavy out of the equation - What is our best BR combination.
Depends on the opposition a little bit but against Saracens it's about power and skill.
Seems easy at first glance but....
Conan, Ruddock(7), Doris has its' merits.
Mirror, Mirror on the Wall who's the greatest player of them all? It is Drico your majesty.
Top

For me, it's still Ruddock VDF Doris/Conan.

That may change as Leavy gets back or we ship and injury or two.

VDF has been one of our players of the season and looked like he had used lockdown very wisely on Saturday.
Top

Never ending nice problem this one due to our continued embarrasment of riches here................assuming all fit and assuming Leavy isn't 100% still (and he will need a few run outs) it has to be Ruddock, Conan and VDF for Sarries. Doris on the bench.
Top

I think our strongest is Ruds, Conan, VDF for Saracens. Agree too that VDFs conditioning post lockdown is superb. Doris to be our locked in back row cover - for this season at least
Top

Have to assume Ruddock will be playing a lot of 8 for the forseeable.
Top

We’ll get one of Conan/Doris back so long as Stander and POM don’t both get dropped and also an open side doesn’t make the bench.
Top

I wouldn't be so optimistic. But maybe.. we don't have a young 8 in the academy although i'm sure SOB could line up there if required.
Top

mildlyinterested wrote: ↑
October 13th, 2020, 8:43 am
I wouldn't be so optimistic. But maybe.. we don't have a young 8 in the academy although i'm sure SOB could line up there if required.

There are 6 backrows in the Ireland squad. 4 are from Leinster which is also the amount that makes a match day squad (for a 5-3 split). I would have been more confident when we had three locks who can play 6 but 2 are now expected to be unavailable.

In theory we could get both of them back.
Top

I don't think Conan is going to make a matchday for Ireland so would imagine he'll be back.

Hickey, who can play all three backrow positions, looks the most likely of the sub academy players to join this summer, how likely? it's difficult to say. Not sure what the status of Hernan is. Will a leinster backrow leave for another province? only time will tell..